Home » Tours and its surroundings

The Royal castle of Amboise (château royal) is a must-see of the Loire Valley castles. Impressive because of its position 40 meters above the Loire River, it is now world famous because it houses the presumed tomb of the genius Leonardo da Vinci!

Here is our article so you don't miss anything during your next visit to Amboise!

CONTENT
Why visit the Château d'Amboise?
Tips and map - Azay-le-Rideau Castle
All about the tomb of Leonardo da Vinci
Architecture: from the fortress to the royal castle of Amboise
From the Renaissance rooms to the Louis Philippe cabinet
Discovering the gardens
Not to be missed nearby
Frequently asked questions

Why visit the Château d'Amboise?

Is the Château d'Amboise worth it? Our opinion:

Located in the heart of the beautiful city of Amboise, the royal castle of Amboise is worth a visit:

Why is the Château d'Amboise famous?

The Royal Castle of Amboise is best known today because Leonardo da Vinci was buried there when he died in 1519 at the age of 67. After having spent the last years of his life at the nearby"Clos Lucé", Leonardo da Vinci was buried in the grounds of the Château d'Amboise at the request of François1er. If you are interested in the life of the Italian genius, you will see in this article that his eternal rest was eventful!

In the history of France, the Château d'Amboise is linked to King Charles VIII. He was born there in 1470 and died there in 1498 after hitting his head on the top of a door of a gallery of the castle. Be alert!

Where is the Château d'Amboise

Here is a map to help you find your way:

How to get there

The closest airport is Paris-Orly (2h15), which is almost the same travel time as Nantes (2h30). Nantes airport being smaller, the landing time is generally reduced compared to Orly.

You can then reach the city of Amboise by train or by car.

Organized tour from Paris : discover the program of the day and book

Need to rent a car?

Don't miss the best offers on our favorite platform:

Located in the heart of the city, the castle does not offer dedicated parking. The city center has several parking lots, the closest of which is the " Parking des Quais", located, as its name indicates, on the banks of the Loire. Quickly full and paying, you can opt for the parking lot of the tanners located at 5 minutes walk from the castle and which is free!

Like all the Loire castles, the peak of attendance is during the months of July and August. If you want to be sure to visit in the quiet, prefer the very early morning. The gardens will of course be more resplendent in the spring, but, unlike the Château de Villandry or the Rivaut, this should not condition your choice.

You have to count:

The quietness of the gardens outside the school vacations may encourage you to make the pleasure last!

As in many castles, it is necessary to go up and down a few spiral staircases that are particularly cramped in the royal dwelling. This is particularly the case to access the terrace located at the top of the Minimes tower. Also noteworthy is a gentle but long and winding descent out of the castle into the Hertault tower, sensitive knees please!

Advice on how to visit and map of the castle

Schedules:
- Open every day of the year except January1st and December 25th.
- From the beginning of February to the end of October from 9am to 5pm minimum.
- The rest of the year from 10am to 12:30pm and from 2pm to 4:30pm minimum.

To avoid wasting time during your visit and waiting in line unnecessarily, we strongly advise you tobuy your tickets in advance.

The castle of Amboise with your children

The Château d'Amboise does not offer any activities specifically for children. However, due to its relatively modest size, it can be suitable for a young audience. You will also be able to interest them with the help of the Histopad which offers enriched content (videos, illustrations...) throughout the visit.

Your admission ticket includes the loan of a Histopad. This digital tablet can be activated at several points in the royal dwelling and the garden to provide you with additional information.

Guided tours in French are also offered throughout the day and are included in the admission fee.

No offer inside, but a wide choice of restaurants at the foot of the castle and in the city.

The other restaurants where we ate and our recommendations, to discover on our page where to eat in Amboise (coming soon).

Plan your trip to the Loire Valley!

Where to stay in the area

In Amboise, the hotels are on a human scale. In large houses in the city center, not far from the castles, you can enjoy all the charms of Amboise. Our recommendations:

The other hotels where we stayed and our recommendations, to discover on our page where to sleep in Amboise (coming soon).

All about the tomb of Leonardo da Vinci

What is sure about the death of the Italian genius:

When it gets complicated about burial:

And the science in all this:

Architecture: from the fortress to the royal castle of Amboise

To understand the structure of the castle, you can go to the entrance of the royal dwelling, where a model of the whole is proposed.

The impregnable fortress of Amboise

Before being a royal castle, Amboise was a fortress that was considered almost impregnable since the early Middle Ages! Built on a promontory, 40 meters above the Loire, this stronghold benefited from a natural protection, which allowed its occupants to see the enemy coming from afar. It will not escape 2 destructions, but will be systematically rebuilt.

The Royal Palace of Amboise

It is Charles VIII who will be the great builder from 1492 to 1498, certainly by sentimental attachment to the place of his birth. He had the main elements of the present castle built there, in the gothic architectural style of the time:

His cousin and successor, will build thewing known as "Louis XII" in a renaissance style, the last major step in the transformation of the fortress into a royal palace!

From the Renaissance rooms to the Louis Philippe cabinet

In a few dozen rooms, the royal dwelling of the Château d'Amboise, offers a good vision of the Renaissance-style interior and an introduction to more contemporary furniture with three rooms in the Louis Philippe style (early 19th century).

The rooms of the Charles VIII wing

If you are pressed for time, we invite you to spend some time in the beautiful"Great Hall" formerly known as the "Council Chamber" or "State Hall". The largest room in the castle, it was in this room that the king gathered his council and administered his kingdom. Please note:

We find in the other rooms of the house, the traditional arrangement with:

Do not miss the most beautiful castles...

The rooms of the Louis XII wing

The castle of Amboise offers 2 walks in its gardens which cover 2.5 hectares.

Just outside the Logis Royal, you find yourself in a garden with species originating from distant lands: Verbena from Buenos Aires, Rough Rose from Japan, Cork Oak, Boxwood from the Balearic Islands.

Initiated by Louis Philippe in 1840, this garden is part of the trend of the English garden, which had to marry nature and landscape in break with the geometric French garden.

This garden also houses a conservatory of white mulberry trees, whose leaves are the exclusive food of silkworms. A reminder of the grandiose history of the royal silk factories established in Tours in the 16th and 17th centuries!

The little wings of the garden

Through a 5-step tour, the Château d'Amboise also offers you the opportunity to discover the natural environment that is home to more than 90 species of birds. At least twenty have a particular patrimonial interest: gray flycatcher, music thrush, great tit, alder tarin... You may be lucky enough to see the hobby falcon, which sometimes stops by the castle during its migration in September or April.

Not to be missed nearby

Naturally, your visit to the castle must continue with the other treasures of the city:

Which king lived in Amboise?

Several kings have lived in the castle of Amboise: Bonjour, we are Claire and Manu, sister and brother, and we have been publishing travel guides around the world for 9 years. As true lovers of the beautiful regions of our country, France, our ambition is to bring you all the information and inspiration you need to make your trip there a success.

Let us be your local guides to awaken your senses in the Loire Valley!
Discover the story behind the blog 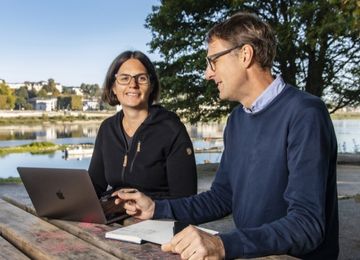 Bonjour, we are Claire and Manu, sister and brother, and we have been publishing travel guides around the world for 9 years. As true lovers of the beautiful regions of our country, France, our ambition is to bring you all the information and inspiration you need to make your trip there a success.

Let us be your local guides to awaken your senses in the Loire Valley!
Discover the story behind the blog

Do you like all our tips for planning an unforgettable trip?

Do you find it refreshing not to have intrusive ads jumping around?

More about Claire, Manu, and the blog Contact us

Other regions to discover

Legal notice / Terms of use / Privacy policy
Loirelovers.fr is a participant in the Amazon EU, US, UK and Canada Partner Programs, affiliate programs designed to allow sites to earn money by linking to Amazon.

Avant les châteaux et le vin... parlons cookies !
We share everything with you: our favourite places, our tips, our good plans... and without invading you
with ads! To bring you the best possible site, cookies are an essential ingredient. Do you accept them?